The XAJ-1 Savage had a large, clear, sliding canopy similar to those on jet fighters.

The AJ canopy was subsequently changed in four major steps:

No. 1 was a reinforcement of the canopy with Fiberglas straps. This was done for the initial production of a handful of aircraft.

Canopy No. 2 removed the sliding feature. It had metal framing, multiple Plexiglas panels, and an escape hatch beside both the pilot and the bombardier.

Although an early AJ-1 flight manual shows that the third crewman, who occupied a seat in the fuselage ahead of the bomb bay, was supposed to utilize the bombdier's flight-deck escape hatch, at some point he appears to have been provided with his own in the top of the fuselage (this may have been the reason for the added sheet metal at the rear of the canopy). 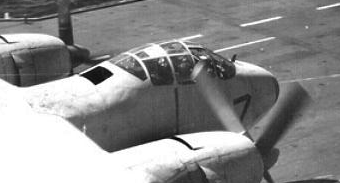 Canopy No. 3 enlarged the pilot and bombardier escape hatches. This version appears to have been incorporated along with the modification of surviving AJ-1s to have the AJ-2 empennage.

Finally, canopy No. 4 was unique to the AJ-2. This change was required by the move of the "third crewman" position from the lower compartment in front of the bomb bay up to a rearward-facing seat on the flight deck. The metal panel in the top right of the canopy was a port for the use of a sextant. 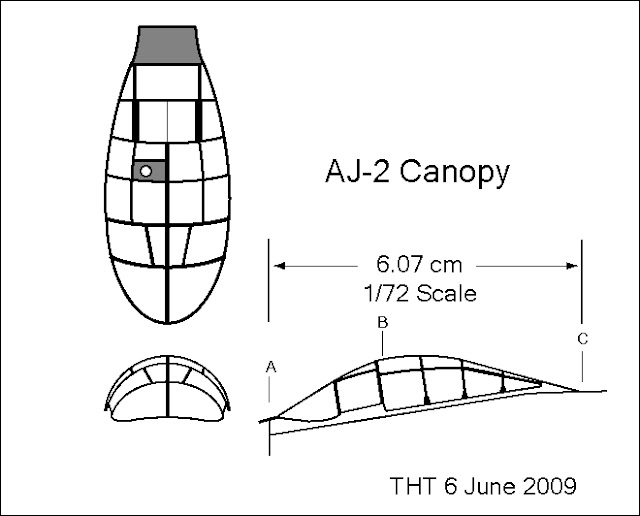 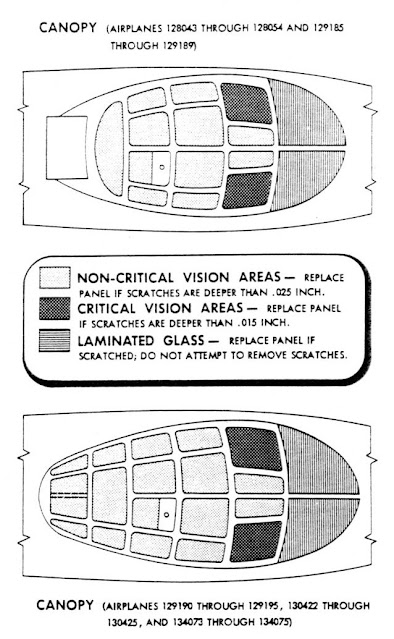 More AJ Savage information can be found at the following links: