There were two different basic configurations for the AJ Savage bombardier station. The first one provided displays for the navigation and attack radars used for all-weather strike from level bombing. The second incorporated the new AN/ASB-1 radar system that incorporated the visual bombing capability of a periscope.

The first 40 AJ-1s were produced with this bombardier station: 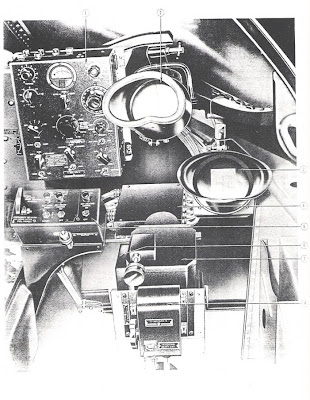 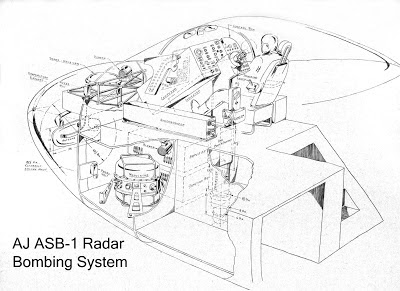 My guess, based on the A3D-1 station, is that it looked like this: 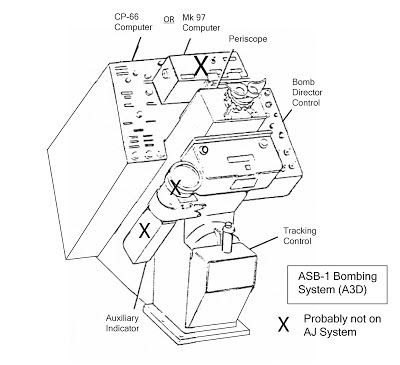 Note that the pilot station also changed between the AJ-1 and -2. The AJ-1 was set up with power quadrant (throttles, propeller controls, mixture, etc.) on the left and a control stick. For various reasons, the AJ-2 pilot was provided with a control wheel and the power quadrant on the center console. The third crewman was also relocated from the cabin under the flight deck in the AJ-1 to the flight deck on the AJ-2.

More later.
Posted by Tailspin at 6:57 AM