16 September 2021: Bill Spidle spotted the faint lines of the TBF oil cooler duct that I missed on the powerplant installation illustration.

First, note the different cowls of the TBF-1 and TBM-3: 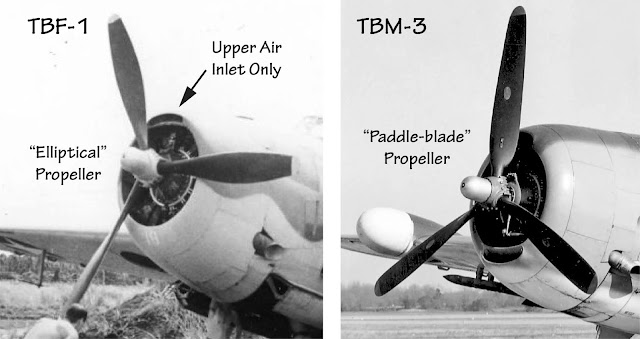 The TBF-1 had two oil coolers, one on each side, exhausting through doors on each side of the forward fuselage.

There appears to be a duct in the engine compartment leading to the oil cooler with its forward end behind the aft row of engine cylinders: 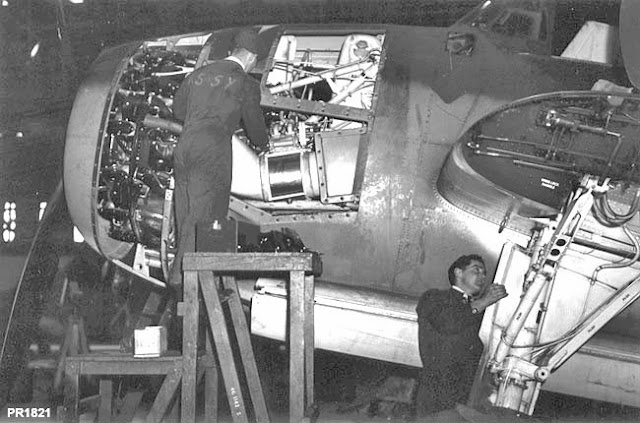 You have to look closely to see the lines representing the duct leading to the oil cooler (item 150) and its forward opening in this illustration: 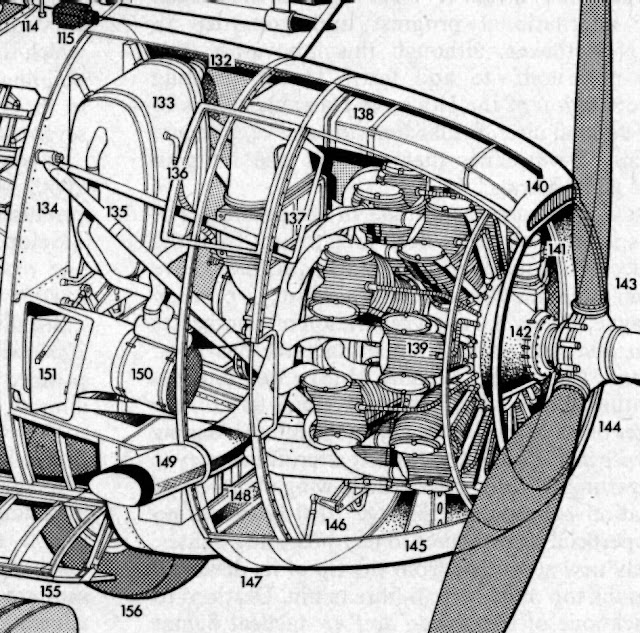 Note that it is routed above the hot exhaust collector (item 149). 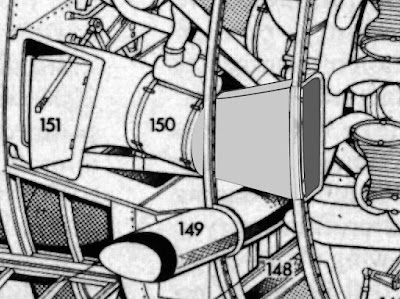 However, it does seem like a poor way to provide air to the oil cooler, given that it's being taken from a hot engine compartment, but there doesn't seem to be any room between the cylinder heads and the side of the cowling for the duct to extend forward.

And perhaps that's why the TBM-3 powerplant installation was revised to provide an air inlet at the bottom of the cowl:

That relocation resulted in a change to the cowl flap configuration (those provide the exit for air in the engine compartment at low speeds and high power settings to increase the air flow over the hot engine cylinders).

This inboard profile adds to any confusion:

It appears to be intended to show the early TBF configuration but the oil cooler location is the later one.