Afterburning requires a variable exit nozzle that increases the size of the opening for the increased thrust. The nozzle was often fully open during engine start to reduce back pressure and also at idle, to reduce idle thrust.

Afrerburner nozzles now are generally fully variable (or can at least be partially opened in one or more positions) but back in the day in part due to fuel control limitations, were either fully open or fully closed.

Hence the acceptability of a clam-shell nozzle, which is what Westinghouse utilized on the J40: 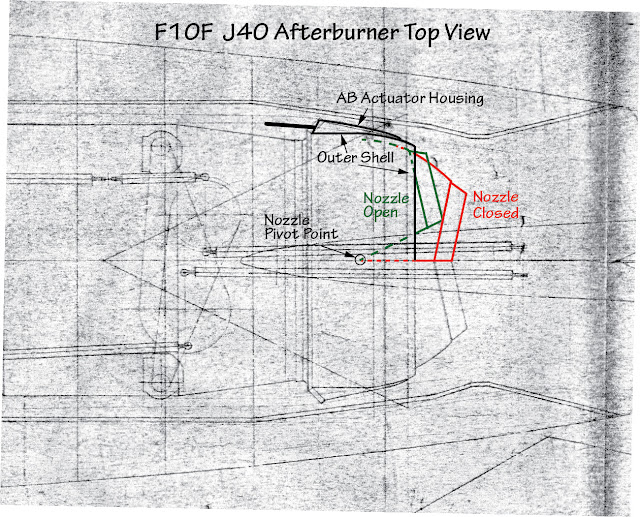 This is a picture of the rear end of a J40 with the outer shell around the clam-shell halves cut away from 9 to 12 o'clock like the rest of the afterburner section: 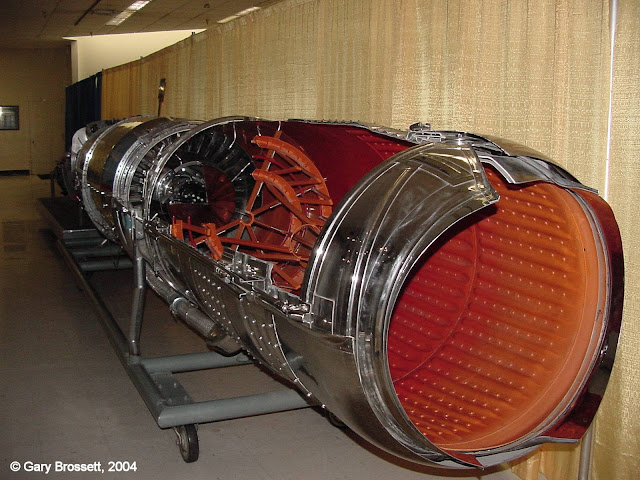 Note that the nozzle is fully opened and located between an outer shell and the tailpipe. Also note the flame-holder rings that fed fuel into the afterburner. I'm sure that the interior of the afterburner was not red; it was just painted red on this display engine to differentiate it from the other engine sections.

I don't have a good picture that shows the gap between the two halves of the clam-shell nozzle when it is fully open but this should give you the idea: 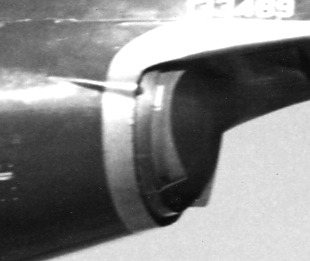 The actuator housing was the reason for that small fairing on the side of the fuselage. The natural metal surface is fuselage skin. Aft of that is the dark outer shell of the engine itself and aft of that are the open clam-shell halves.