Ed Barthelmes has done a great deal of research on the various AD-4W radio-antenna configurations, including preparing the following illustrations.

There were basically three different suites, which Ed summarizes as A, B, and C. 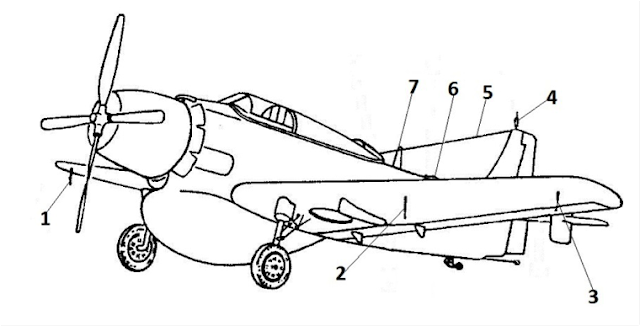 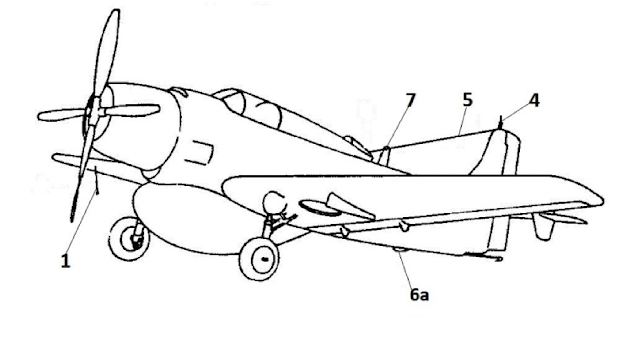 BuNos 125765 and subsequent were delivered with suite C: 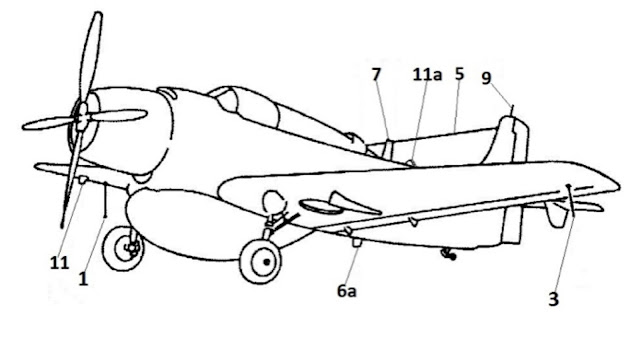 This table identifies the various antennas by number: 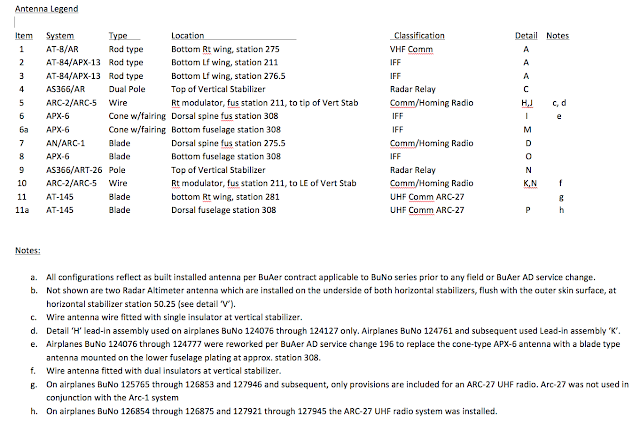 The following pictures are of the Details (A through P) listed in the table above: 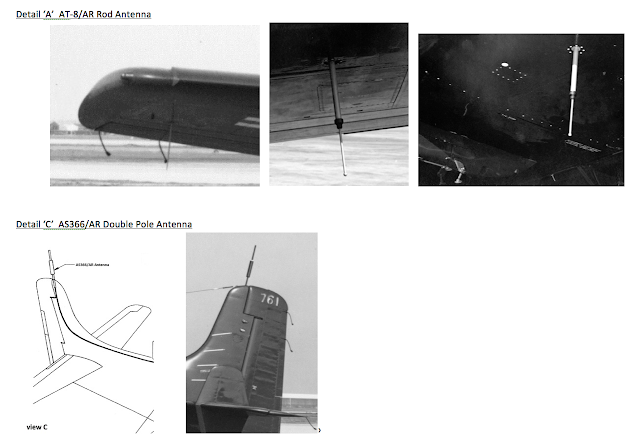 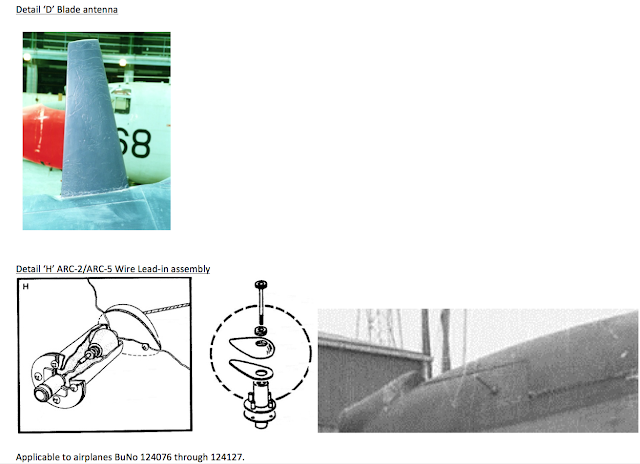 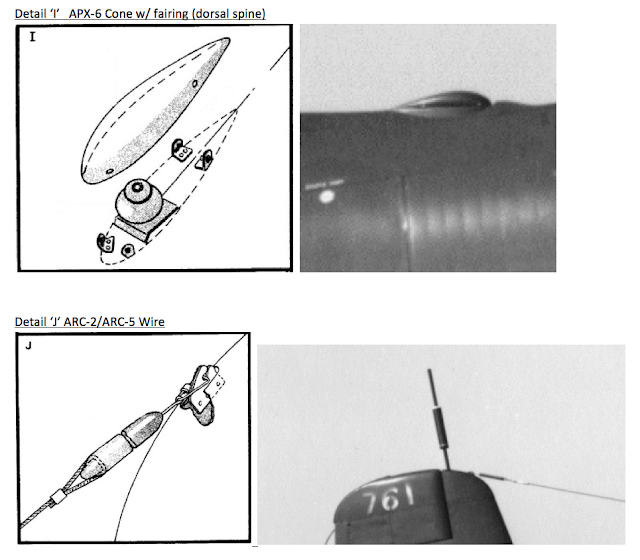 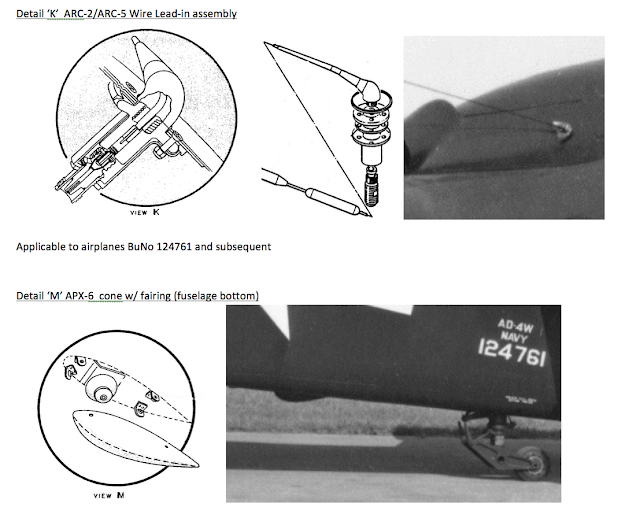 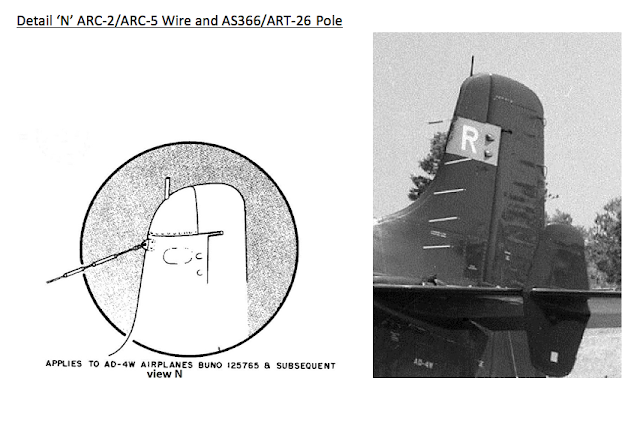 Note that the smaller HF relay antenna is located a bit farther forward on the tip of the vertical fin as shown above. The lower portion is housed within a dielectric panel, which necessitated the relocation of the wire antenna farther down on the leading edge of the vertical fin. 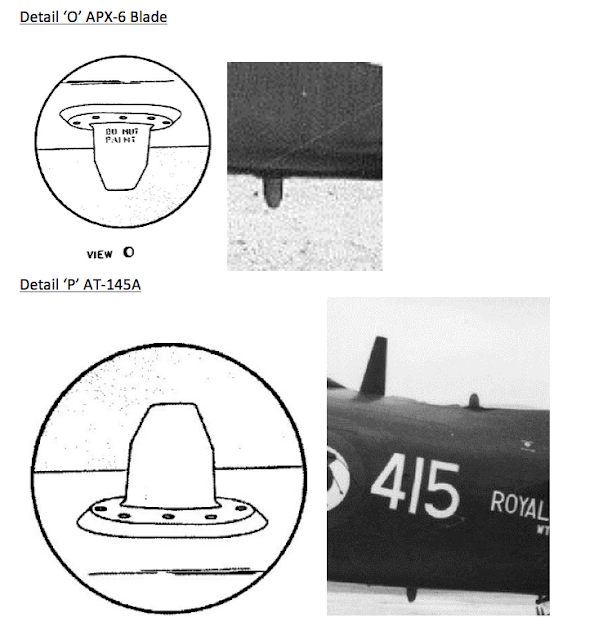 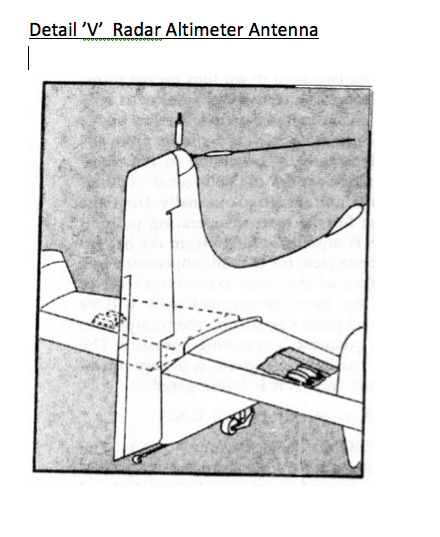 Because the AEW.1s were transferred from different AD-4W production blocks, their antenna configurations varied. 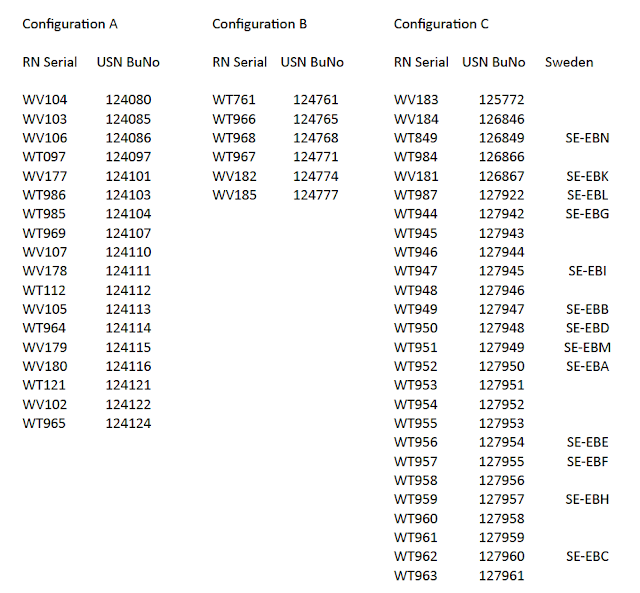 Note that Configuration A aircraft had "naked" landing gear struts and flush windows in the crew compartment doors (see https://tailspintopics.blogspot.com/2019/08/sword-172-douglas-ad-4w-skyraider.html)