I can't remember why I did this illustration of the fuselage difference between the F-84A/B/C/D and the F-84E/F or who I did it for, but it was a typical update to early jets to provide better range and/or endurance, although in this case, given the relatively small increase in fuselage fuel capacity (36 gallons), it might have been a center of gravity adjustment: 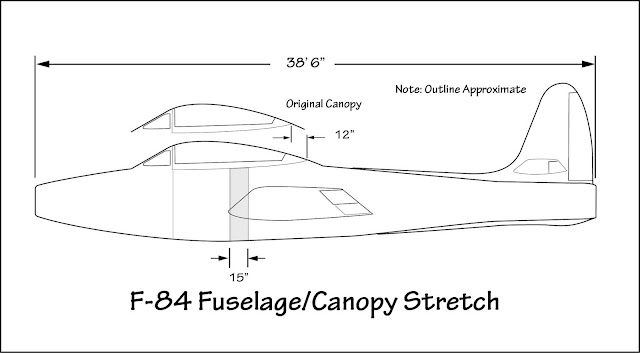 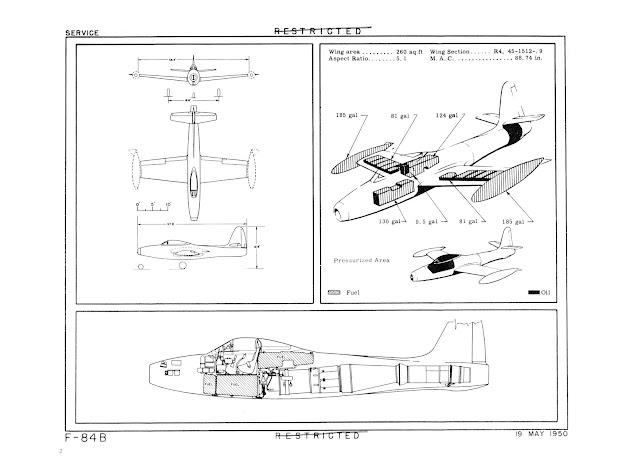 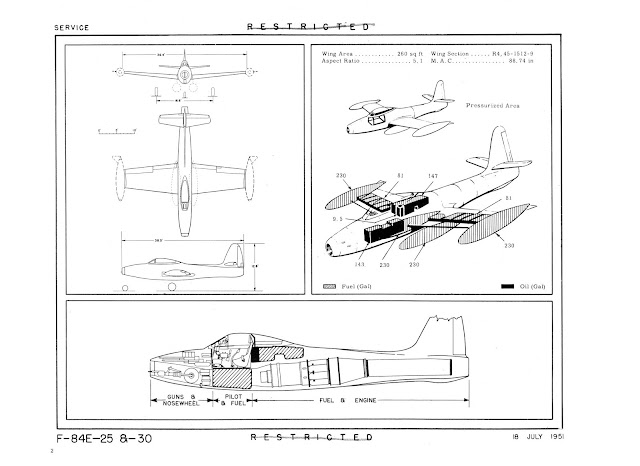 The differences among the F-84s over time was extensive. The ejector around the engine tailpipe changed along with changes in the tail-light installation and the ventral-fin fairing. The pitot tube was in difference places, the landing gear doors were redesigned for the D and its landing gear compression mechanism changed from hydraulic to mechanical, etc.

The go-to guy for the F-84 was Bruce Craig but his web site appears to have gone walkabout.
Posted by Tailspin at 9:28 AM