Kitty Hawk has just released an unusual choice for a plastic model kit, the Vought XF5U-1, in 1/48 scale. 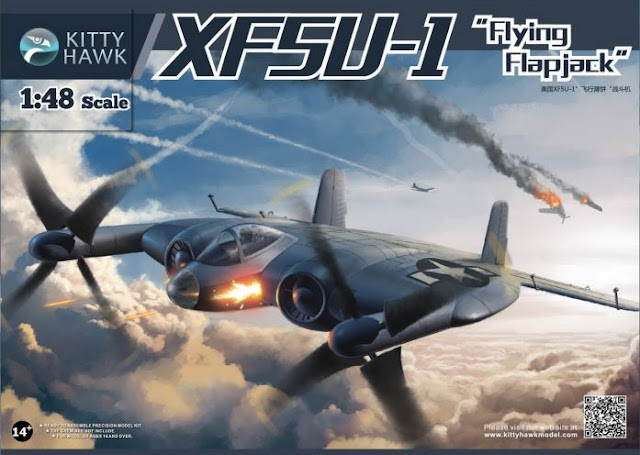 The prototype never actually flew, having been overtaken by jets while it was being designed and built. For a brief history on the program, see http://thanlont.blogspot.com/2012/07/missed-it-by-that-much.html

Here are a few notes on the configuration of the prototype that might be of interest in building the kit.

There are pictures of the prototype before markings were added to the vertical fin. 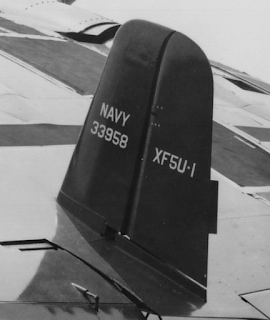 Some of the few pictures that exist are in a ground-run configuration. Although self-boarding steps were provided, a set of wooden steps were used for ease of accessibility to the cockpit and maintenance-access panels. 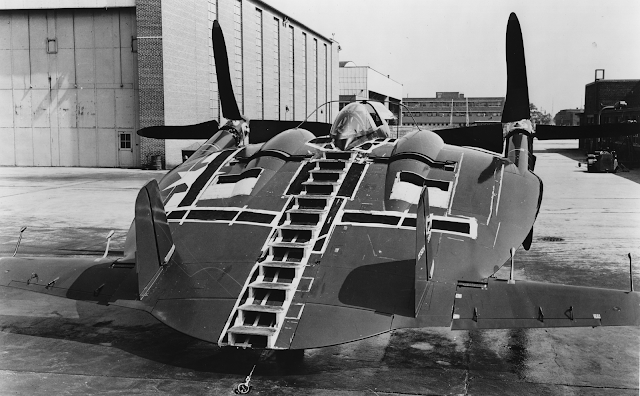 A closeup of the temporary and self-boarding steps. 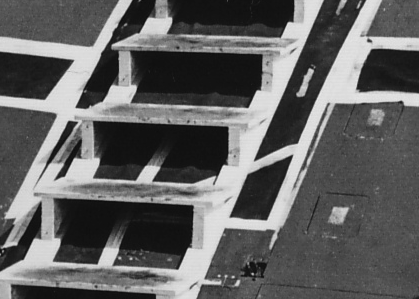 These self-boarding steps are accurately represented on the kit parts based on this built model. 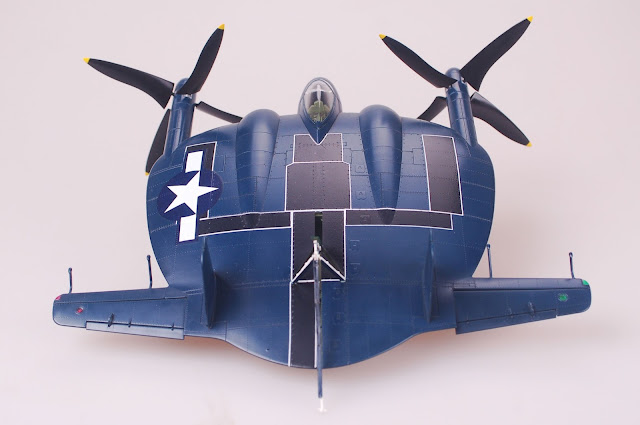 Note, however, that the direction of rotation of the propellers is incorrect on this model.

Handrails were provided for ground run.

The model pictured above doesn't show the prominent cowl flaps and the second set of flaps behind them but the actual kit appears to provide at least separate cowl flaps. (Note that the left-hand flap behind the cowl flap is missing in the following picture.)

This wind-tunnel model included both sets of flaps.

The cowl flaps were repeated on the bottom of the fuselage along with a third cooler outlet flap under the center of the "fuselage". 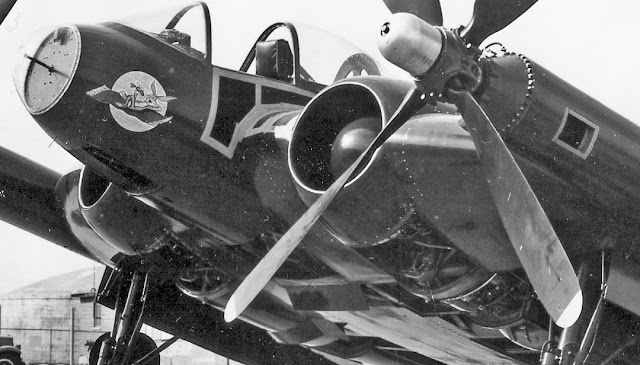 The tip of the nose was clear because it was intended that a gun camera and approach light be located there. 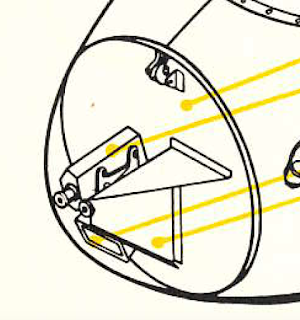 This drive-train illustration provides an indication as to the location of the coolers: 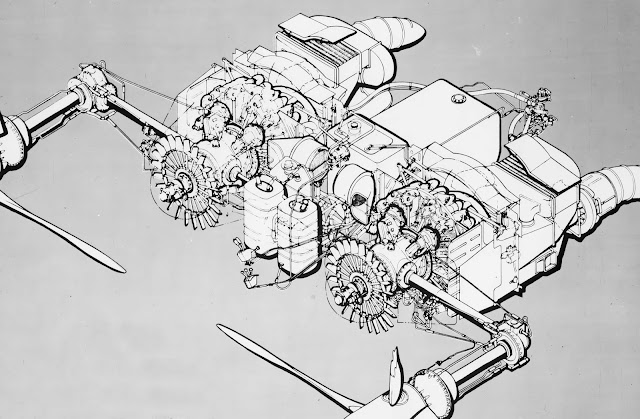 The tailhook mechanism depicted on the built model looks a little off to me. Here is a annotated diagram from the Vought maintenance instructions. 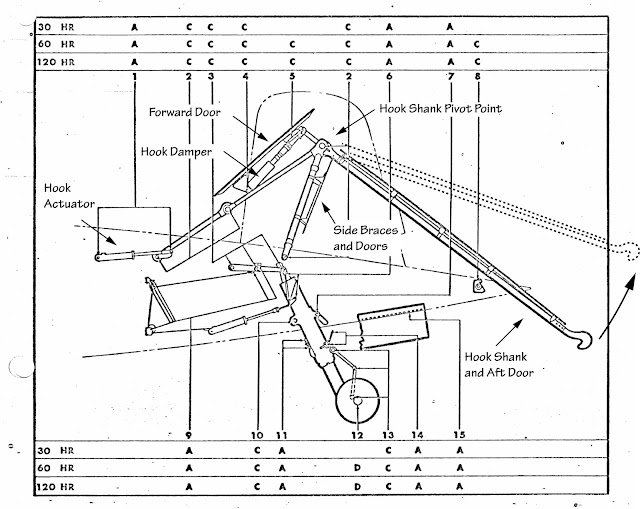 Note that the tailhook was not installed on the prototype. 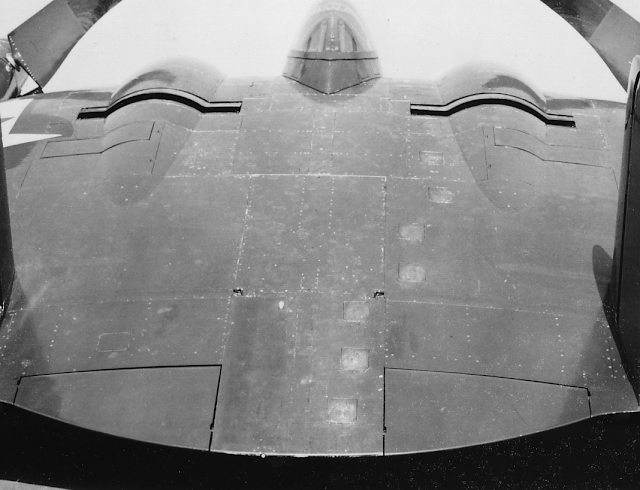 Note the location of the steps and the position of the cooling flaps.

A closeup of the pitch and roll control surface (the flaps in the afterbody were for trim). 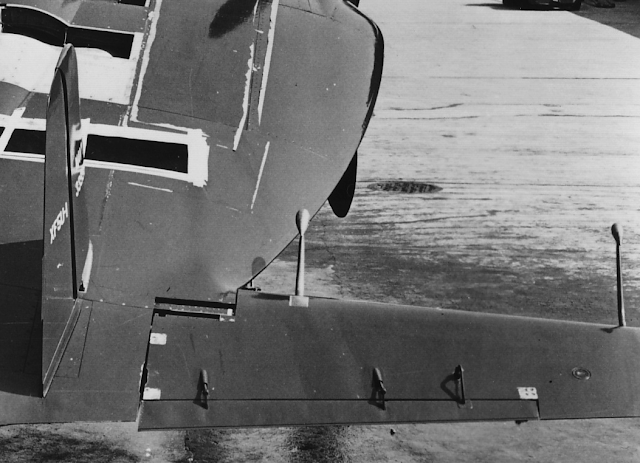 The best single reference for the XF5U is, as usual, from Steve Ginter. 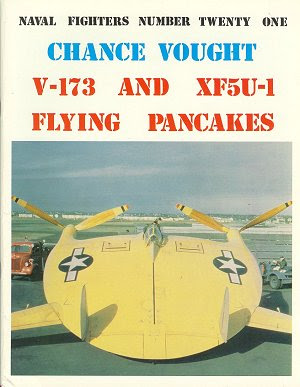 It can be ordered directly from him: http://www.ginterbooks.com/NAVAL/NF21.htm
Posted by Tailspin at 3:19 PM