Hasegawa produced an excellent kit of the S2F-1 (S-2A Stoof) with the later aft engine nacelles. Unfortunately, all the modification kits to produce the rest of the family, the Trader (TF-1/C-1 COD) and the Tracer (WF-2/E-1B Fudd), relied on the same inaccurate three-view drawings. The major error was the planform view of the radome for the Tracer. As it turns out, the Fudd also had a greater wingspan and more dihedral in the outboard wing panels although most of the outer wing panel structure of the Stoof was retained. 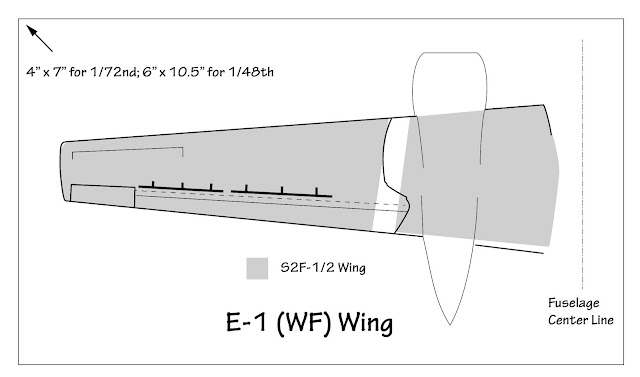 Having bought a few Mach II kits and only finished one (the F2Y Seadart, which wasn't too bad actually), I decided to use the Falcon conversion that is still available as of this date.

It's probably best to ignore the wingspan and dihedral differences and simply sand of the external hinges, fill the old fold line, and redo it with the Grumman sto-wing panel. However, I decided to model the kit with the wings folded: then Fudd tended to ride on the tail wheel, which was changed from the Stuff to be free swiveling. That eliminated the need to put weight in the nose, always hard to find enough places to do so in a twin prop, and the increase in chord of the wing center section. Nevertheless, it still requires extension of the outboard wings to get the right interface with the vertical fins when the wings are folded. 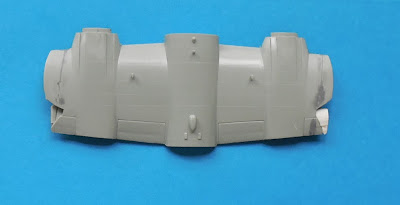 The stub fin needs to be cut down as shown. 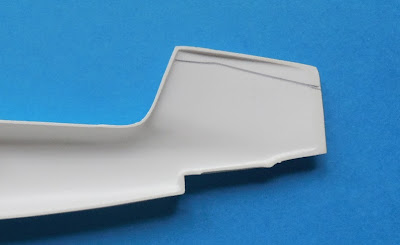 I've forgotten exactly how I produced a new trailing edge for the radome but it wasn't a big deal. I correct things that are obviously wrong and easy to fix and don't bother correcting errors that are not obvious and hard to eliminate. The radome planform is the former. Basically I added a piece of sheet plastic with the right shape of the aft part of the radome between the upper and lower halves of the Falcon radome. Then I completed the shape with putty. 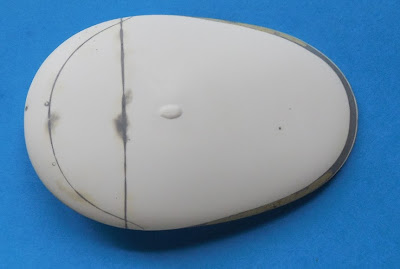 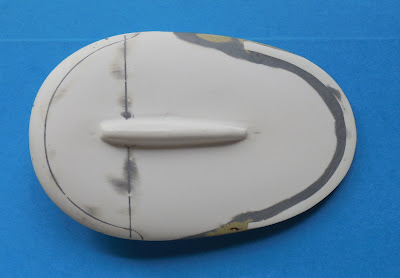 I think the depth of the belly needs to be fixed as well, another legacy of those inaccurate drawings, but I stalled out before I got there. All I was going to do was build a "egg crate" with two longitudinal beams and three or four transverse ones cut from sheet plastic with the right added depth and curvature and fill in the pockets with putty or Apoxie Sculpt. I subsequently discovered that the fuselage cross section was more different than I thought (see the blog post referenced above) but I'd still ignore that except for the size of the cockpit side windows.

I felt the need to add a small extension on the horizontal tail with a bit of sheet plastic. I can't remember why but it may have been needed to get the correct span for the stabilizer or the right mounting angle for the vertical fin. The vertical fins must have been pretty close because I don't see any notable modification. 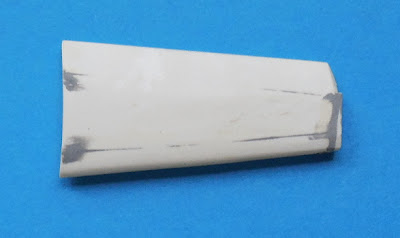 If I remember correctly, the kit instructions would have you cut the kit nacelle off too far forward. 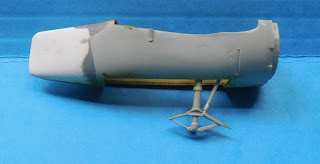 (Note that the front strut of the landing gear hasn't been glued in so the gear could be "retracted" to prevent damage during construction and painting.)

The bulkhead between the cockpit and the cabin also had to be corrected. 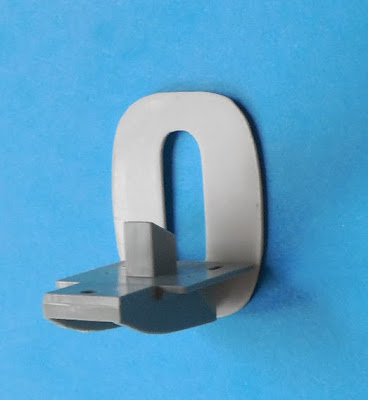 And then I got distracted or something...
Posted by Tailspin at 4:53 AM