This is a work in progress as I come across illustrations that help resolve issues with the kit. It is based in part on pictures provided here: http://www.1999.co.jp/eng/10207663

26 May 2013: I've added a picture of the tailhook area, one from the rear of the engine, and a better one of the tail turret.

22 May 2013: I've added an illustration of the gun turret and revised the JATO installation drawing

21 May 2013: I've added discussion and illustrations on the tailhook

And an illustration on the JATO provisions...

The Trumpeter 1/48 A3D-2 Skywarrior kit is very impressive but contains a few blunders that arise in part from the many variations both between variants (Bombers and Versions) and over time.

The cockpit is very detailed but there are a couple of items to address. 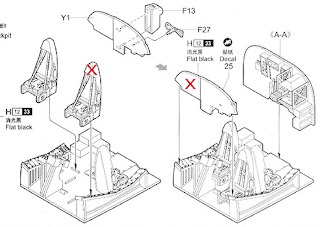 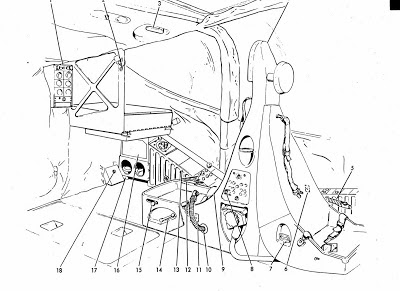 A less important but more easily fixed error is that the instrument panel, per se, does not extend past the right side of the center console. 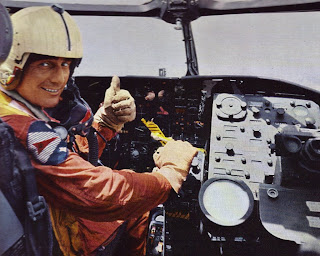 The kit, however, provides only the basics of the bombardier's station but the configuration did vary over time. The aft bulkhead (which was the forward end of the forward fuel tank) was bulged out, not flat, and the detail is for a later configuration than an early Bomber.

This is a mid-life configuration that is similar to the picture above and more appropriate to the Bomber represented by the kit; the asterisks denote removals and modifications of KA-3B equipment. 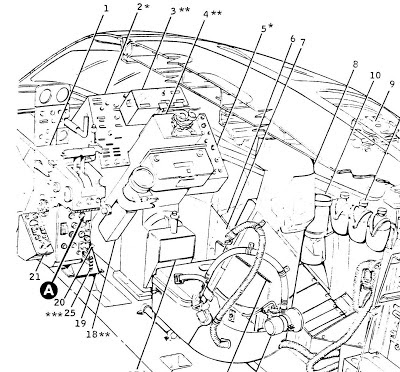 What is provided in the kit at the bombardier's station appears to be the configuration in the late KA-3B configuration.

The lower entry/escape hatch is in the Bomber location but is the thicker Version configuration. It should look like this: 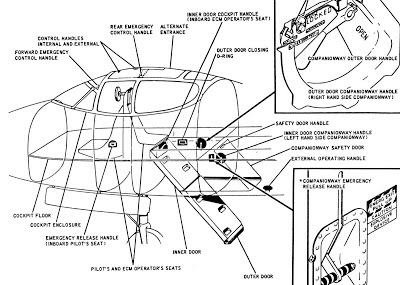 The kit wing has the original airfoil but the slats that were incorporated on the wing with the cambered leading edge airfoil. See http://tailspintopics.blogspot.com/2010/09/mighty-skywarrior.html for a discussion of this and an explanation of the basic differences between Bombers and Versions. The airplane that the kit represents should have the original wing.

For some reason, kit manufacturers seem to have difficulty with tailhooks and this kit is no exception. However, the hook is both hard to see when stowed and seldom seen deployed so there are mitigating circumstances. The kit hook resembles a shepherd's crook.

And this from is a picture from the side and above: 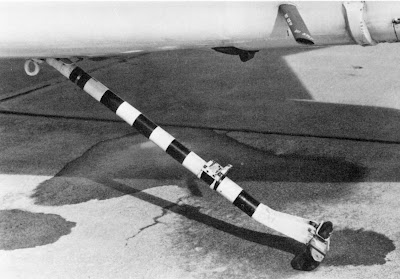 Aerofax Collection
And the tailhook installation from below 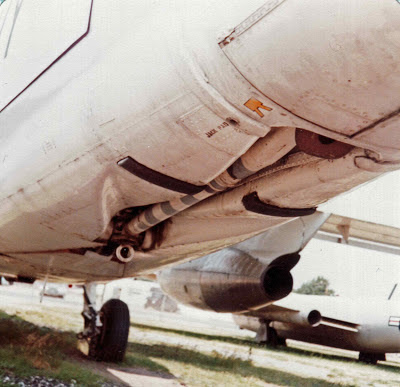 Note the recess that provides clearance between the fuselage and the hook in an off-center engagement and the black "bumpers" that protect the skin aft of the recess.

The hook point is notably wider than the shaft proper and resembles a horse's hoof: 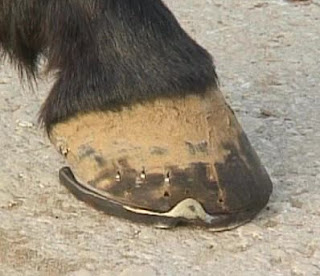 It will have a groove at the throat to hold the arresting cable like this AJ Savage tailhook:

Antennas: the instructions would have you put on antennas that don't belong on a Bomber with this particular nose: 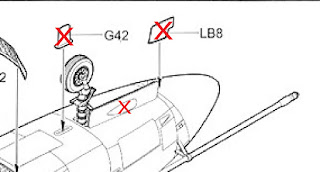 The main landing gear wheel wells are incorrect but probably too much trouble to correct. 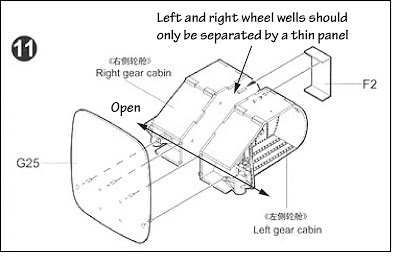 For more on this and the difference in brakes between the Bombers and the Variants, see http://tailspintopics.blogspot.com/2013/05/douglas-a3d-skywarrior-main-landing.html

In the picture above, you can see some tiny rectangles between the national insignia and "NAVY" on the fuselage. Those were the doors over the JATO bottle thrust and stabilizing hooks. (The original requirement included a deck launch option, in the event that the catapults were down, with the aid of 12 4,500-lb thrust JATO bottles.) 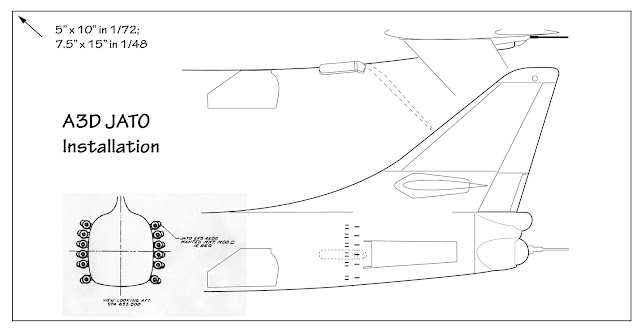 These JATO attachment provisions appear to be missing from the kit fuselage.

Another missing detail is the prominent shell/link slots in the tail turret ball. (There are some openings in the unseen forward end of the ball in the kit - I'm not sure what that is about...) 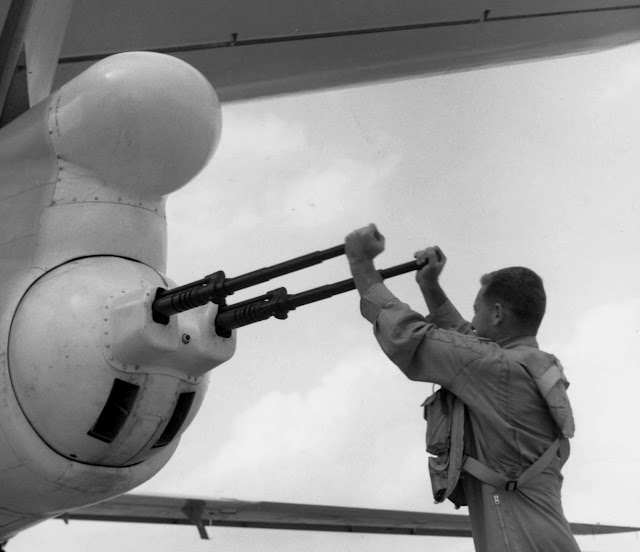 Somewhere I mentioned that the A3D engine pylon and the fairing over the tailpipe are not symmetrical. I don't know whether the Trumpeter kit is correct or not, but the degree of difference between the inboard and outboard sides is notable. 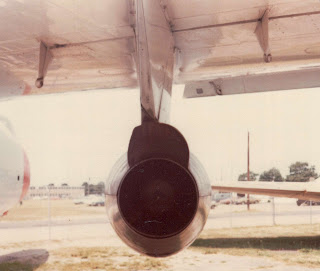 The pylon is shaped like an airfoil on its side with the top facing outboard. My guess is that this "stiffened" the pylon/nacelle installation by forcing it to one side in flight, minimizing any tendency for it to wobble laterally. It might have also stiffened the wing.